Operative clauses, preambulatory clauses, caucusing, motions, quorums, resolutions, distinguished delegates, signatories, formal and informal consultations…there’s a whole new language to be learned by our Montessori Model United Nations (MMUN) students – and they’re proving to be well and truly up to the task.

As Montessori students, getting introduced to big words is nothing new. In fact, in a Montessori classroom, children are constantly being introduced to new concepts and big ideas and constructs and a major part of this introduction is linguistic. As with all Montessori lessons – language starts with the concrete and it is important that the correct names of words, objects and actions are used. Vocabulary acquisition is a foundational concept of a Montessori education – and for these Senior Primary and Adolescent students, their MMUN experience is no different.

Dr Montessori believed that baby talk is not required for children as, by the age of three if not sooner, they are more than capable of understanding big words and big ideas. In The Absorbent Mind, Maria Montessori explained the importance of language development:

“Not only does it fuse men into groups and nations, but it is the central point of difference between the human species and all others. Language lies at the root of that transformation of the environment that we call civilization.” 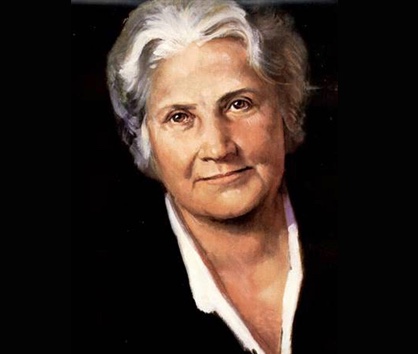 MIC parents can sometimes be surprised when their child nonchalantly starts talking about equilateral and isosceles triangles, invertebrates, ovoids or an archipelago or isthmus. But if a child is in an absorbent period for language – there really is no stopping them. And these words are used daily in our classrooms so children think nothing of it.

In fact, etymology (the study of the origins of a particular word) is often integral to the presentation of a Montessori lesson. It helps children to understand new words when they know where they came from. It engages the child’s rational, reasoning mind, which asks “How?” and “Why?” when introduced to new concepts and vocabulary. It also helps children understand how language has developed through time.

So it is with our MMUN students.

Yesterday, after role-playing the Roll Call process, practicing their speeches and learning how to pass a Motion for an action, the group was given a topic and a 25-minute deadline and told to come up with an Operative Clause which could be used as part of a final Resolution Paper.

After quickly arranging themselves around a conference table, with an assigned scribe, the Informal Consultation process began.

The topic? As part of the Food and Agriculture Organisation of the United Nations, the students were given this problem to solve: How to provide fresh fruit and vegetables for the world’s population to eat every day.

The ensuing discussion ranged from how much access developing nations have to clean water and agricultural machinery, to the varying climates of different nations, sustainable farming practices, GMO foods, using seeds from wasted food to propagate new crops – and how to stop food wastage in the first place.

One student reminded the others that – as this is an Informal Discussion – they didn’t need to raise their hands to speak.

“Just talk,” he said. “Just as long as you’re not talking over anyone else.”

With one minute to go, the group had the start of a resolution, an Operative Clause, on paper: Draws the attention that developing nations need resources to provide more farming opportunities.

From here, that clause will be used to form a Resolution Paper that will be considered line by line by the member states before it is finally adopted by consensus.

To the casual observer, these children look like they’re old hands at being Ambassadors to the UN, with words like operative clause and consensus being bantered around with ease. It’s not the case, of course – yet! But it will be soon, as there are less than 15 weeks to go until they board a plane for New York and negotiate, consult and prepare Resolution Papers at the real thing – Montessori Model United Nations New York 2020.

These students are ready and will do our school proud. No doubt about that.

For more on MMUN and MICs involvement, visit the Senior Primary section of our website or check out our recent blogs:

A Lesson in Consensus

We’re off to Rome for Montessori Model United Nations

COVID-19 Updates: MIC and our Early Childhood Education and Care Service is open however a number of restrictions apply. Read More