Our journey into the Montessori way of life began in December 2015. My husband and I were at a Christmas party of a good friend, who had two gorgeous girls at MIC. I was always intrigued by the Montessori philosophy but was never curious enough to pursue it when enrolling my daughter into Prep. 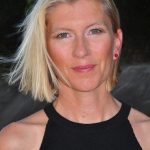 e of this party my daughter was due to start Prep at a mainstream primary school and we felt pleased that we had made a good decision. The night of this party we met some amazing parents and kids, all of which were either at MIC or were past families from MIC. I remember talking for hours with one particular parent who could not sing loud enough about the wonderful ways of the Montessori philosophy. My husband and I were completely enthralled and laughed as we drove home, joking that perhaps we had made a very big mistake enrolling our child into mainstream.

Fast forward two years later and I have to bribe my daughter with stickers to get her to stop crying and clinging to me when being dropped off at school in the morning. Things went from bad to worse.

Class numbers were ridiculously high, bullying became a norm and my gorgeous happy content strong little 6 year old became a shell of the girl we first walked into that school.

We were lost at what to do. All the while, remembering that first gut feeling from the party a few years back.

It was my sister who helped to push us into enrolling at MIC. I was quite terrified of the idea of ACTUALLY moving her to Montessori. Purely because it was not a ‘system’ I was familiar with.

My husband was sold as soon as he walked around the school, I was still terrified. What if we moved her and it was terrible? What if it had the same issues as the previous school? What if…?

Then the next morning while eating breakfast my daughter says once again that she hates school and really doesn’t want to go. And it finally hit me. This little child is just 7 years old now and she hates learning. She has so many years left in schooling and if I don’t do everything I possibly can to help her to find that love of learning again, then I have failed as a mum.

My daughter started at MIC in term 2 grade 2 2018. Oh my goodness, the changes we have witnessed have been nothing short of miraculous. Almost every day when she jumps into the car she says her day was great. She is always happy to go in the morning and we now do drop off and pick up from our car. I was never able to do that before. She has her confidence back; she has a genuine love of learning and has made such incredible new friends.

Staying with the same beautiful teachers leading into this Grade 3 year has been so wonderful for her. These teachers know my child. They work hard to connect with my child and they inspire my child.

I don’t believe any school is perfect and there will always be bumps and off days, but seeing my beautiful girl come back to loving and living life happily again, has given me the ability to trust a school again. This is priceless.